As children, we’re often asked what it is we would like to be once we’re older. Often we respond with jobs we deem as heroic or display some sort of artistic talent like firefighter, ballerina, or major league baseball player. As the years pass we continue to repeat this question to ourselves, with answers slowly changing to doctor, entrepreneur, or teacher. No matter how the answers may change, the question seems to appear repeatedly throughout sections of our lives.

What some fail to realize is that success is not determined by the route we choose but with the mental skills we approach it with. One of the most impactful skills one can bring to their career (and their life in general) is Conversational Intelligence, a term coined by anthropologist Dr. Judith E. Glazer .

Conversational Intelligence is something you’ll find in any great lead, great culture or great brand. It’s mastering the arts of facilitating powerful conversations between the internal members of your team and the external members.

Transactional Conversation is the conversation you likely invision when thinking of healthy communication. It involves a ping pong motion of “asking and telling”. During a transactional conversational we are encouraged to speak for ourselves but we also give others to platform to express themselves in return.

During a Positional Conversation we are allowed to defend what we know while giving the individual on the receiving end a chance to make an opinion. Consider these conversations similar to a sales pitch, it’s more about leaving your mark than it is about being influenced by others ideas.

Transformational Conversations are when we create a solid and safe space for co-creating. This conversational skill requires the ability to share and discover, along with more disruptive thinking. During these conversations people are in a place where they feel they can be candid and inspired by the thoughts and ideas of others, leading to powerful breakthroughs.

Dr. Judith E Glazer’s work with Communicational Intelligence is one of the many foundations we’ve implemented into the Numina App and executive coaching sessions. By working through exercises with Numina you strengthen the skills needed in order to properly execute transactional, positional, and transformational conversations. If you would like to see how impactful these skills can be for your team we invite you to download the Numina App today or sign up for your free executive coaching session. 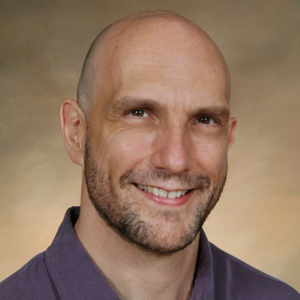 David Lesser is an executive coach and confidant to senior leaders in a variety of fields and is an active player on the board of directors of major growing businesses and non-profit institutions. He has an MBA from London Business School. Formerly CEO of a $100 million London-based real estate and construction group and executive director of a $40 million worldwide not-for-profit operation, he combines a strong management pedigree with perceptive facilitation skills and clear insight in working with people.

How to Track Another Persons Growth